⚡ Zelensky: Any new Russian annexation will lead to sanctions that will make Russia as poor as it was in 1917 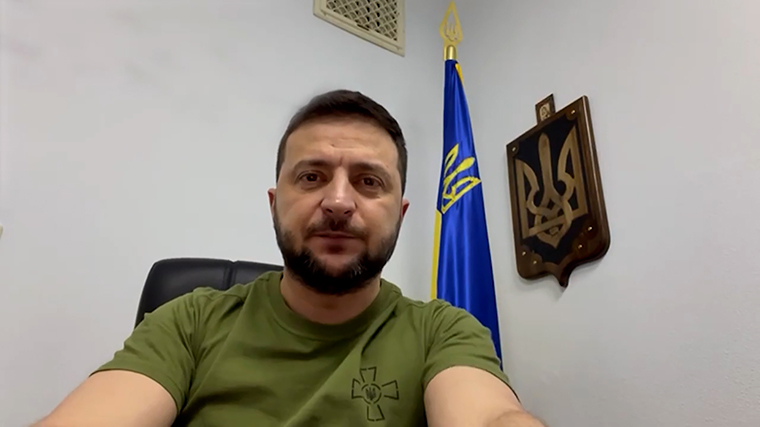 In his nightly address on Thursday, Ukrainian President Volodymyr Zelensky warned Russia that any attempts at annexation will lead to sanctions that will leave it as poor as it was after its civil war in 1917.

“I want to say straight away: any ‘Kherson People’s Republics’ are not going to fly. If someone wants a new annexation, it can only lead to new powerful sanctions strikes on Russia. You will make your country as poor as Russia hasn’t been since the 1917 civil war. So it is better to seek peace now,” Zelensky said.

He urged the residents of the southern regions of Kherson and Zaporizhzhia to be very careful about the information they provide to Russian troops.

“If they ask you to fill out some questionnaires, leave your passport data somewhere, you should know – this is not to help you … This is aimed to falsify the so-called referendum on your land, if an order comes from Moscow to stage such a show,” he said.

Zelensky thanked the prime ministers of Spain and Denmark for their support as they arrived in Kyiv and thanked the Danish prime minister for showing readiness to support post-war reconstruction in Ukraine, particularly in Mykolaiv.

The Ukrainian president also thanked the US for additional support, saying, “The United States has announced a new package of support for our state. We are grateful for that. This package contains very powerful defense tools for our military. In particular, it is artillery, shells, drones. This is what we expected.”

⚡ Zelensky: Any new Russian annexation will lead to sanctions that will make Russia as poor as it was in 1917

Leaders of 2 Koreas exchange letters of hope amid tensions