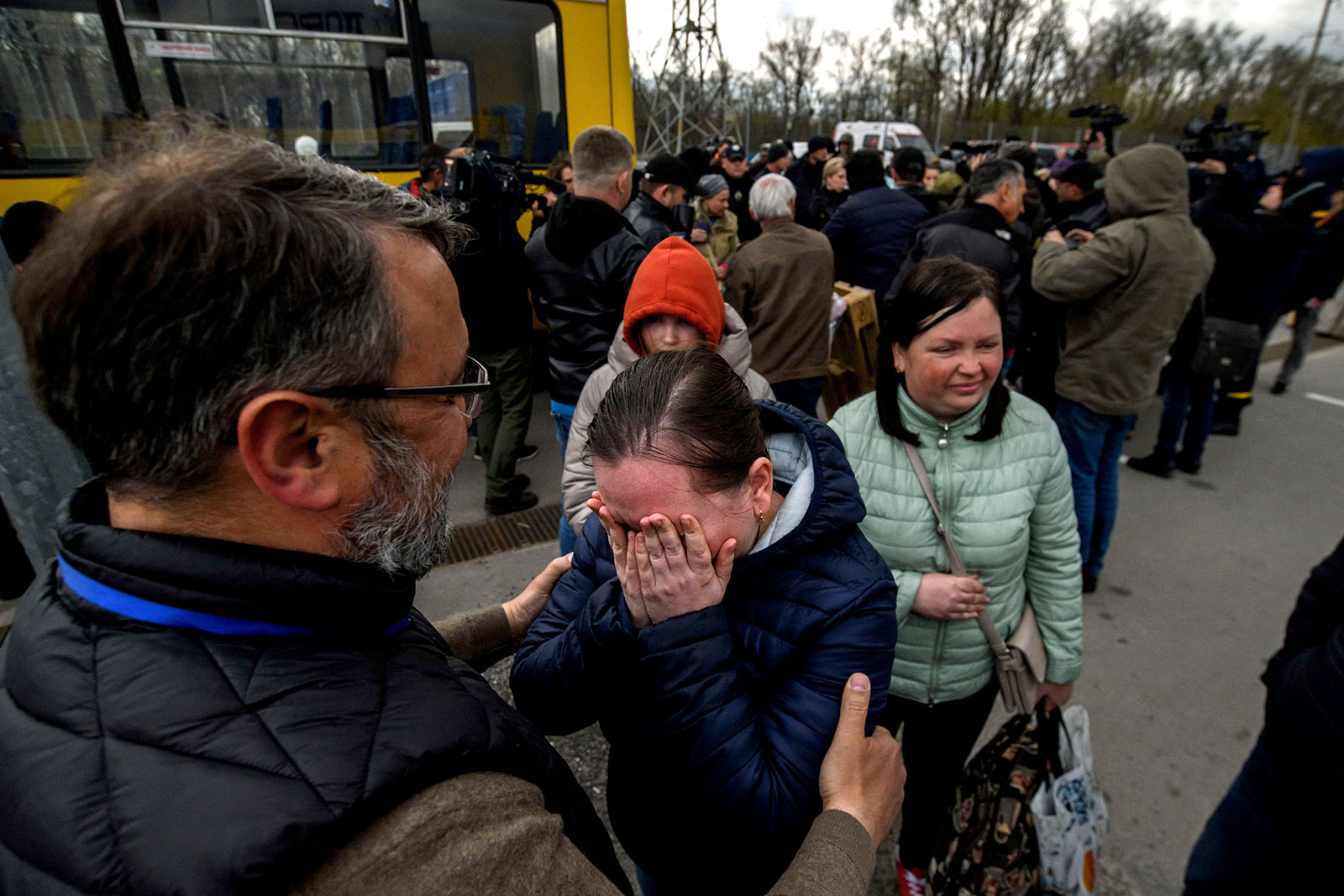 Pavlo Kyrylenko, the Donetsk regional military administrator, said 79 residents of the besieged city of Mariupol were safely evacuated to Zaproizhzhia on Thursday.

In a Telegram post, Kyrylenko said that after several delays and failed attempts to open an evacuation corridor from the besieged city, “this is the first time since the beginning of the blockade of Mariupol by the Russian occupation forces, we managed to evacuate local residents in an organized manner and take them to safety.”

Kyrylenko said almost 100,000 residents of Mariupol have already arrived in Zaporizhzhia, promising that Ukrainian authorities will continue to work hard so that everyone who wants to escape the besieged city can do so.

Kyrylenko said during previous attempts to pull civilians out, the Russian forces broke their agreements, forcing those escaping to rely on private transport.

“This time, four buses managed to leave the besieged city in an organized manner. It is much less than agreed, but we still rejoice for every life saved,” Kyrylenko said before congratulating all the evacuees who had managed to escape.

⚡ “Nothing less than an accolade,” US State Department spokesperson says of Russian sanction against him